Bleeding Gums Is Not Normal!

Bleeding Gums Is Not Normal!

You may have become accustomed to minor bleeding when brushing your teeth, that you wouldn’t consider it to be anything unusual. Yet bleeding gums is something you should be concerned about. Your gums tend to bleed as an inflammatory response, basically this means your gums are trying to fight off an infection, and it’s important to stop it and prevent it from recurring.

Bleeding gums should not be taken lightly, as they may be associated with an underlying systemic condition such as gingivitis.

So next time you think that your bleeding gums are normal, STOP and remember that this is a sign of inflammation and infection that needs to be checked and treated by our local dentist’s here at Australia Dental Burpengary to get the right advice and the best care and now with online bookings making an appointment has never been easier! 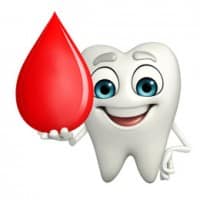